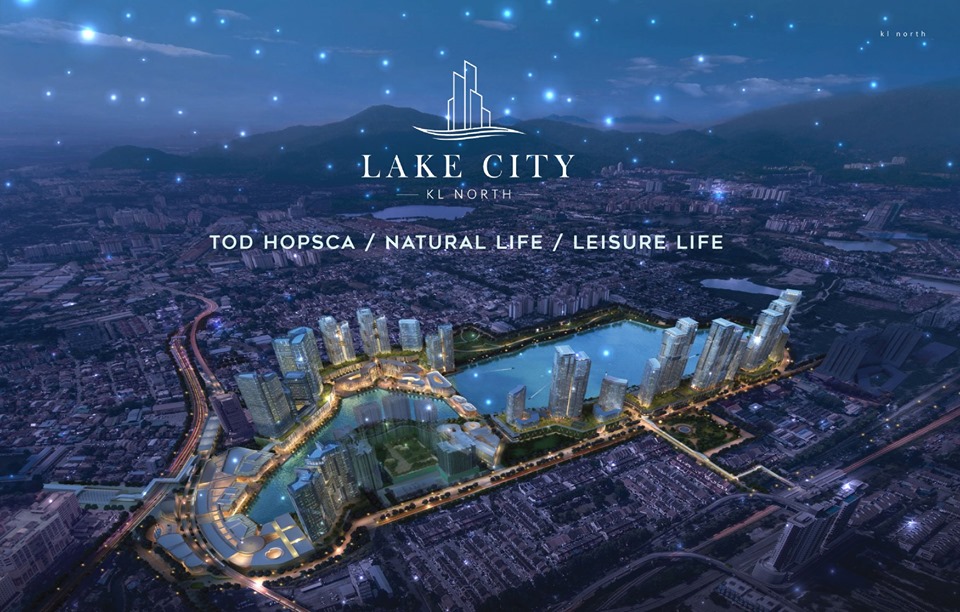 The 80-acre township will represent a joint development with Perdana ParkCity Sdn Bhd.

Named as Aradia, the development offers 1,003 condominium units with 23 shop lots. It is located across three 43-storey high blocks.

Aradia will be built on a 4.38-acre site with an estimated gross development value of RM700 million. The project was scheduled for completion in 2023.

The layout of Araia is ranged between 943 square feet and 1,687 square feet.

Each unit comes with a fully-fitted bathroom and kitchen, air conditioners for each living room and bedroom, and smart home features including smart locks.

Units that are 1,000 square feet and above will have two car park bays too. The average selling price for the units is RM700 p.s.f.

The show gallery for the project has been opened to the public. 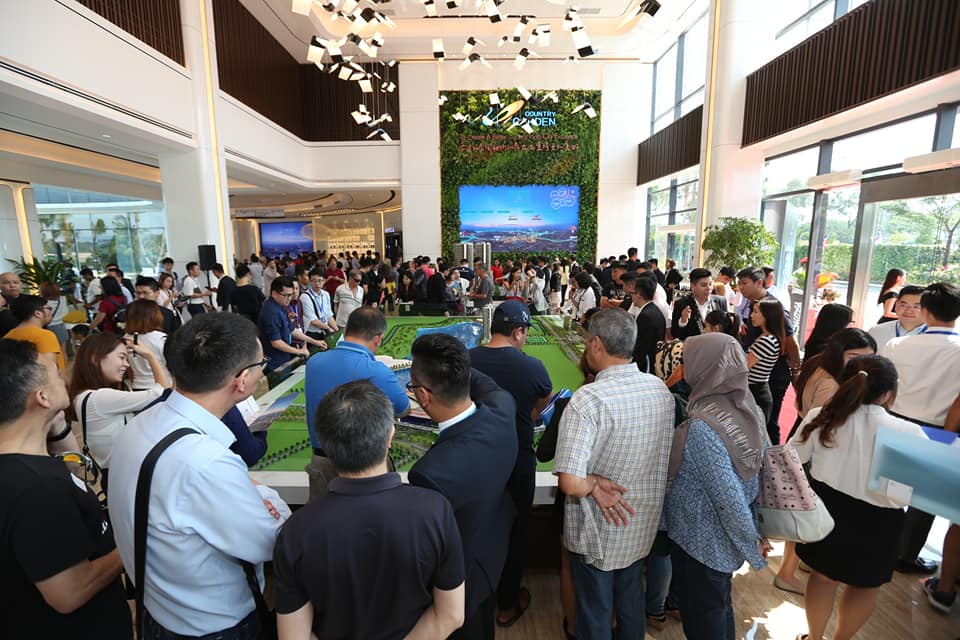 Aradia has over 37 facilities located on level 9 of the complex. Facilities include swimming pools, tennis courts, basketball courts, a maze garden, a BBQ area, and a darts room. The maintenance fee for the complex will be around 35 sen p.s.f.

The development is easily accessible through the Middle Ring Road 2, Jalan Kepong, and Jalan Kuching. It will also be served by the Taman Wahyu KTM Station as well as the upcoming Delima MRT Station that is scheduled to be completed in 2021.

Say hello to Lake City, the one-of-a-kind urban HOPSCA city that aims to rejuvenate and inspire the KL North.

Lake City represents an integrated mixed development to become a new beacon for the area. It comes with an excellent lake view and follows the HOPSCA system. HOPSCA is short for “Hotels, Offices, Parks, Shopping Malls, Connectivity, and Apartments.”

With its modern buildings made with a unified architectural style, Lake City offers all the essential values and urban functions residents need. This include business, entertainment, leisure, and transportation to the community.

The different components of the HOPSCA formula complement one another that enable the urban residents to adapt to their surroundings. It makes Lake City the perfect combination of life and leisure with stunning lakefront scenery.

Aradia Residence constitutes the first stage development of Lake City. It is a Transfer-Oriented Development and one-of-kind HOPSCA city. It is designed to revive the flourishing Kuala Lumpur north area.

Planned as the newest landmark, Lake City boasts a splendid hybrid. It integrates establishment with a wonderful view of the lake. 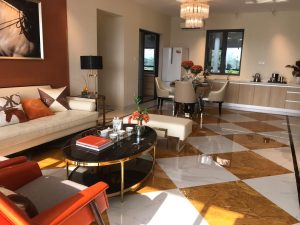 The development measures 4.38 acres, 4 floors, and 3 blocks with 1003 apartments and 8-floor parking areas. The 9th floor has over 37 facilities. It also covers outdoor amenities.

A Windmill model will be introduced to improve air circulation, lighting settings and the view in general. You can have the best view of the Batu Cave, Lake and KLCC.

There are 6 types of layouts in the Aradia Residence – from single room to 4+1. 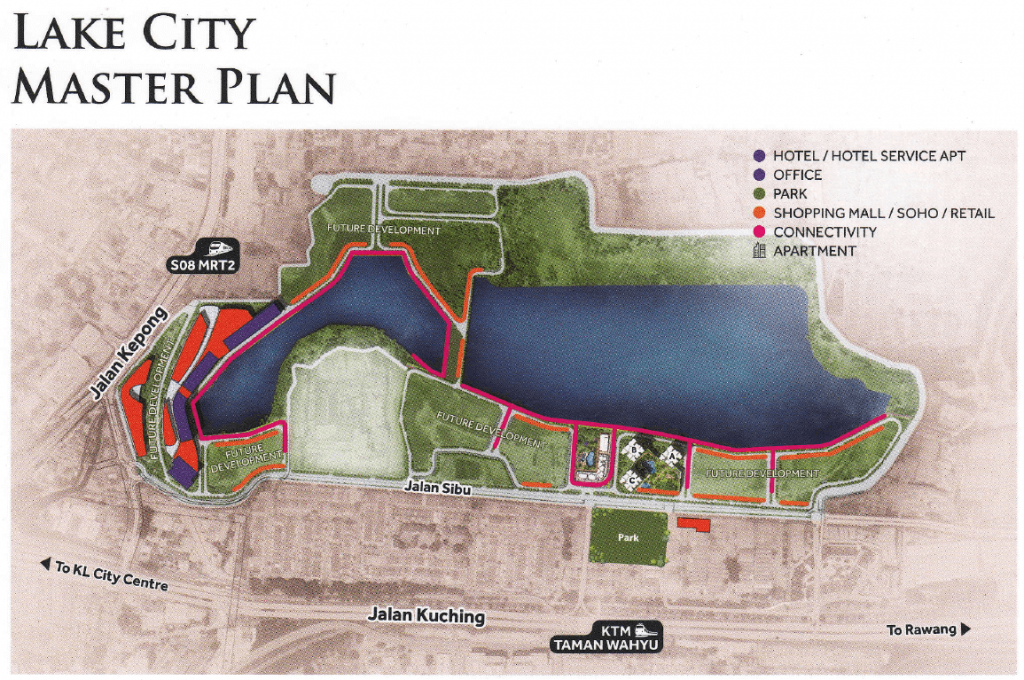 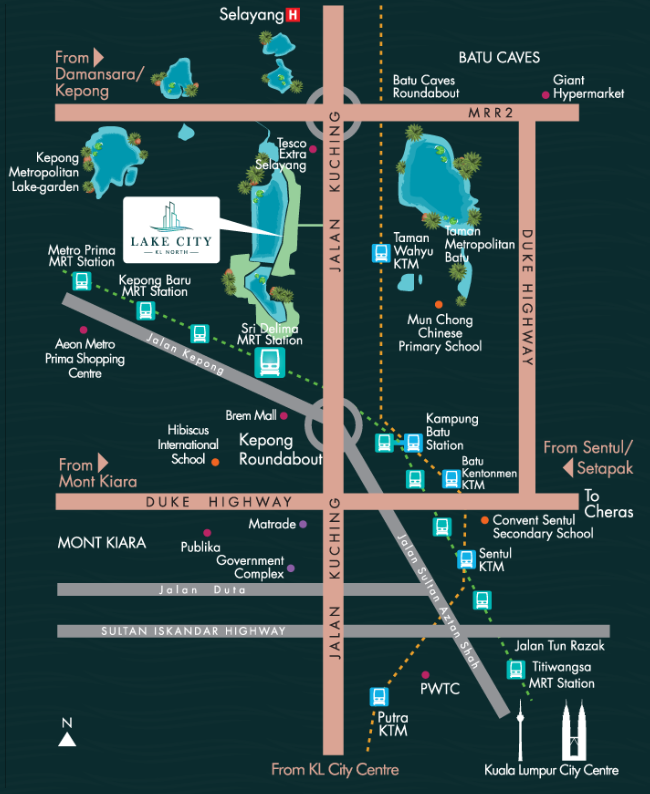 The mixed-development project is expected to improve the investment value for the area covering Kepong, Sentul, Jalan Kuching, and Selayang.

Lake City has all of the characteristics of a complete and full neighbourhood. It offers added value and all of the urban functions it needs to integrate with the surrounding city through the excellent transportation system. It will bring ease and convenience to all aspects of daily living.

Book an Appointment to Get the Best Unit and Best Price

Country Garden is a developer of green and smart eco-cities around the world. They are at the forefront of the urbanization efforts by China. They have provided over 700 cities and towns with modern makeovers. Country Garden has now developed the Forest City, a multi-layered three-dimensional property project that leverages the ultimate in state-of-the-art urban design philosophy.

Perdana ParkCity is a regional investment and property development company. Established back in 1990, the company has won many awards as the premier township developer for the region. The most notable townships of ParkCity are Marina ParkCity in Miri in East Malaysia, Desa ParkCity in Kuala Lumpur, and ParkCity Hanoi in the Vietnamese capital.

The concept aims at refreshing KL North. The mixed development is said to be enhancing the property value in the surrounding areas like Selayang, Kepong, Jalan Kuching and Sentul and make them more alluring.

With great facilities, this project is in line with the HOPSCA community. It includes- Hotel, Office, Park, Shopping mall, Connectivity and Apartments.

The Lake city @ KL North has the characteristics of providing the warmth of a complete neighbourhood along with convenience.

This project allows organic development integrating external city with an efficient transport system. It brings convenience to every area of your life. 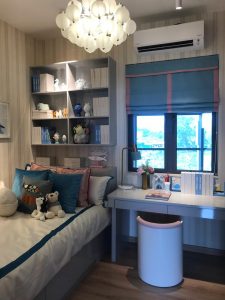 The regional president of Country Garden Malaysia, Jason Fu has introduced HOPSCA Concept. It is said to be a relatively new concept in the country. It attracts the attention of urban planners as it can easily accommodate the city’s urban population and their needs. It also provides an organised use of the area and land.

Statistics reveal that the population at KL North is estimated to reach 10 million by the year 2020. Fu further informs that the Lake City @ KL North is designed to be multifaceted.

KL North recently increased in value. This is because of the construction of Mass Rapid Transit Line 2 (MRT2) project.

More efforts have been put into urban transformation. This is because the number of residences and infrastructures have started to rise.

It is assured that Lake City @ KL North will cultivate lifestyles around excellent quality residences. They aim at redefining the benchmark of luxury, quality and urban living. The area boasts of 3 communal zones and 6 lifestyle scenes featuring a lake club, community areas, smart community app and a 2 km long ‘Lake Promenade’.

The community areas include a Botanic living hall. It will gather the residents to interact and communicate with each other. It comes with outdoor Wi-Fi, charging spots, mosquito repellent lights, lockers and self-help laundry.